Omate TrueSmart 2.0 Review (For The Runner)

Over the past few months the debate has been raging on which is the best watch for the runner that wants everything, I personally swapped out the Suunto Ambit 2 for the Garmin 920XT for the simple but very important ability to forego the need of connecting up to a PC post run. There is nothing more irritating (to me at least) to not be able to get the run or ride uploaded to Strava almost immediately after pushing the stop button.

In more recent times several magazines and commentators have been lauding the Apple Watch, and while I don't share the same sentiments, it is certainly clear that many runners who do own an iPhone, and run with it, may be investing in Apple's first foray into the world of wearables... a very late entry compared to the likes of Motorola with the Moto360 or LG with the G Watch. One could go even further back to 2011 when Motorola introduced the MotoACTV, a touch screen GPS watch with WiFi, Bluetooth, 16GB storage for music and mapping function. A truly amazing device which unfortunately got scrapped by Motorola and is no longer supported.

My own MotoACTV served as a project to explore the world of rooting Android devices and coming up with my own customized running solution.

Fast forward to 2014 and the resurrection of the full Android experience on a watch came in the form of the Omate TrueSmart, A Kickstarter project which reached a final backing in excess of a $1,000,000 making it a VERY big success. After discovering the device only a few weeks ago I decided to pick one up, Let's take a look at what makes this $120 device worth every penny.

The Omate TrueSmart is an extremely well built device, and when you consider the fact that you are paying up to 5 times less than its nearest (more well known) rivals for essentially a very similar experience when coming to materials and design it's quite an eye opener indeed.

The TrueSmart is a metal body design with a quite comfortable silicon band, the real deal maker here though is the built in GSM support with 3G, GPS, WiFi, Bluetooth, Micro SD card slot, removable battery, IP67 water and dust certification and Sapphire touch screen display. I challenge anyone to show me any device that can come anywhere near to this price and include a sapphire panel.

The watch also comes with a 5MP camera in between the power and home buttons, it's not really an essential item, and quite strange to have on the wrist... very spy like, but I guess for those moments when you're not carrying the phone and you absolutely have to take a photo of something, now you can.

More information on specifications can be found on the Omate website, but essentially this is a decently powered Android 4.2.2 device considering its size.
http://www.omate.com/smartwatch.omate.trueSmart.html

The TrueSmart comes preloaded with Android 4.2.2 Jelly Bean and is really just a miniature phone, this means that the possibilities are endless in terms of running and cycling applications that can take advantage of the built in GPS function. Straight out of the box however the watch is not immediately ready for hitting the trail.

One of the problems that needs to be taken care of first is getting Google Play and Services side-loaded. What this does is allow for any of the Google Play Store apps to be installed and this is where the customization can begin. My suggestion is to first install a launcher which better suits the small screen size and makes for a more visually appealing timepiece... You'll still be seen as the ultimate nerd though :)

Next up is your preferred sports app, this is a matter of preference and there are many apps available. If you are normally uploading to Strava it may be your natural choice, I find the Strava app quite painful though in terms of visible data during the run. My personal choice here and one that I am so far very happy with is Ghostracer, a very nice Strava integrated app that allows for racing against segments and previous activities. The best part is instant upload to Strava once the activity is ended, either through the 3G connection if you install a SIM card into the watch or via WiFi once you get home.

So far I've taken the watch out on two proper test runs, the first being a very hot 24km trail in the desert just outside of Dubai, with temperatures reaching 38DegC, I think it was a good first test.

Battery dropped to 72% from 100% after the 2h45 run (approx 9% per hour), however at this stage I did not yet have a SIM installed and did not have Bluetooth headphones connected, The screen was also set to switch off after 30 seconds and I could view the run data simply by tapping the power button (I tapped the button fairly often though).

The second was a 6km run around the neighborhood at night. The idea was to test a number of things and put some stress on the device:

The results from this test gave about 1% battery consumption every 2 minutes, about 3 hours total availability with these settings, which for the average mid week evening run is perfectly sufficient.

The accuracy on both runs was surprisingly high, the path lines on Google maps followed the actual line I had taken with what couldn't have been more than a 1 meter variation. This was with Ghostracer settings at 1 Sec / 2 Meter resolution.

An interesting feature of Ghostracer is the ability to manually adjust the scanning rates and accuracy of the GPS. This would give a definite boost to battery life and it will be interesting to see how far it would go at optimal settings.

The TrueSmart when compared to the Garmin 920XT does come in slightly heavier and with a bit more bulk, the total screen real estate is comparable but without the large amount of 'deadspace' on the 920. These are two very different devices though and serve completely different purposes for me.

On a very long run for example where I would be wearing my Orange Mud HydraQuiver VP2, there would be ample place to stash a phone, it has a great camera plus my Garmin will last 24 hours on highest GPS resolution.

For the 10-15km close to home and when not using a storage system, the Omate really comes into it's own.Knowing that I have music, connectivity in case of emergency, access to maps and directions really does give peace of mind.

For the price, there isn't a more flexible watch available right now that allows you to run without your phone, while still giving you all the features that running with your phone would give you. This watch also gives you the chance to design something completely unique, and totally personalized. Chances are my watch is a one of a kind!

Thanks for reading :)
Posted by DubaiClint at 12:30 PM 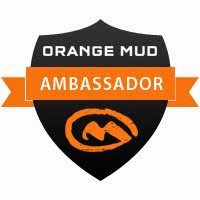